Again I’m late in the update, but Saturday saw the Greatness of The Magnificence Waltz night at The Cube.

So many waltzers waltzing in fact that the trapdoor in the office ( under the stage, upon which they waz waltzing ) worked it’s way free and swung out . . . 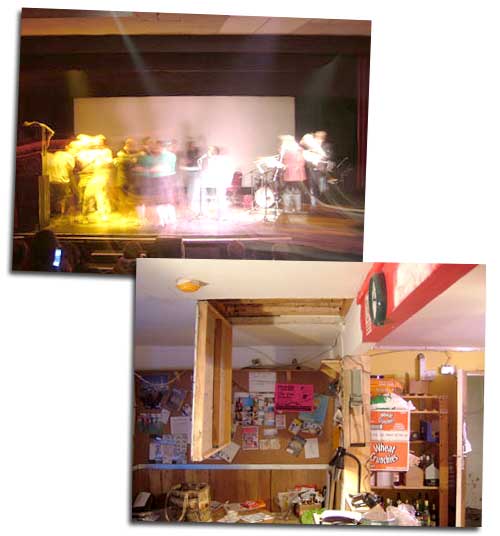 Could have been nasty if anyone way close enough to get hit – Kayle was close, but thankfully not close enough . . .

It was a great greatness night – all topped off with the last Cube Orchestra performance conducted by Peter for a while, as he’s running off with the circus until the summers over – the orchestra plans to continue in his physical absence . . .

later on, in the shock corridor madness and big chains were in the air – you had to be there !