Once Upon a Time In The West Country 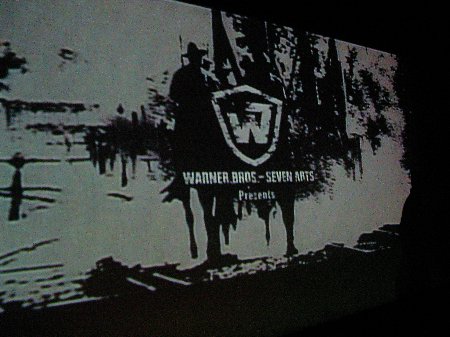 Not the best time of year to be doing these kind of things , possibly, after all Classic cinema isn’t always high on peoples lists at xmas, usually getting drunk and snogging office co-workers seems to be the priority. Also alot of the Orchestra disappeared to other parts of the country to be with loved ones etc (we’re not all locals like us Paradise Clan). And so we were left with just The Magnificent Seven 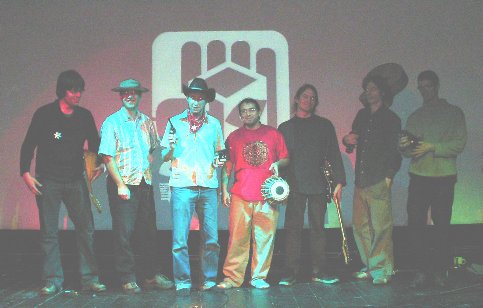 Barry, Marcus, Sheriff Paradise, Ale, Hugh, Stuart and Richard.
Now it had been mooted at Cube Orchestra rehearsals that we’d dress up in Cowboy and Injun kit, well shame on the other 6, and boy did they miss out, Cowboy hats rock this world and need to be worn more often, See: 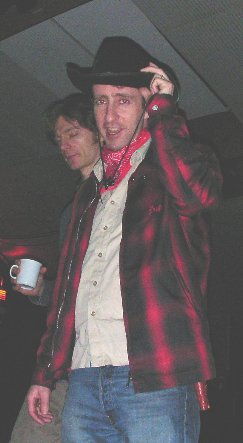 Which was a conversation I had with James who was manning the bar and membership so wonderfully, of course the lad needed confirmation of just how cool a Cowboy hat is

well it kinda worked but I couldn’t help but feel I’d seen this City Slicker before. Lucky for the others I had a spare couple of hats, and so Marcus had what was actually an original style Akubra hat from Australia, and Richard a tasteful Red spankly cowboy hat. I also took the opportunity to make Barry a Sheriff.
You can just see Barry at the bottom of the screen here 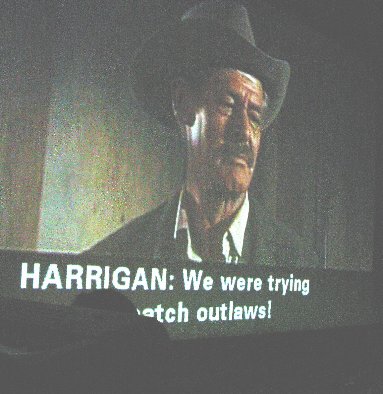 The film was great and it was a shame that only 8 punters turned up, so we literally had only A Fist Full Of Dollars at the end of the night. To make matters worse the DVD has to be changed with 35 mins left and all but three left, and two of them were Barry’s girlfrind and her Dad. And so to the unknown woman who remained 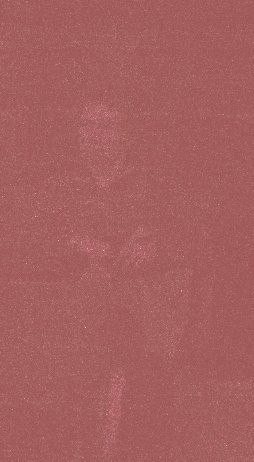 We also did a pretty good job, Hogge was top notch on the sound (and a tip of the hat to your mate ,Jules?, too for his help) 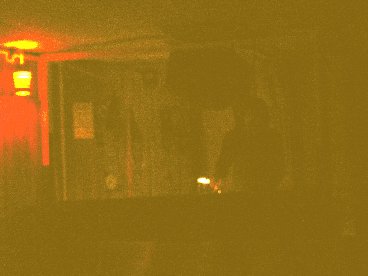 We could have done with some horns for a bit of Mehico style music ese, but apart from that we filled the screen with some good sounds, moody and allowing for a reprise of a theme tune we came up with for the day. 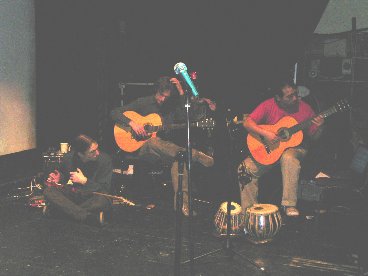 Here Hugh, Stuart, Richard in shadows, and Ale do their stuff. On the other side of the stage was myself, Barry and you can just see him here 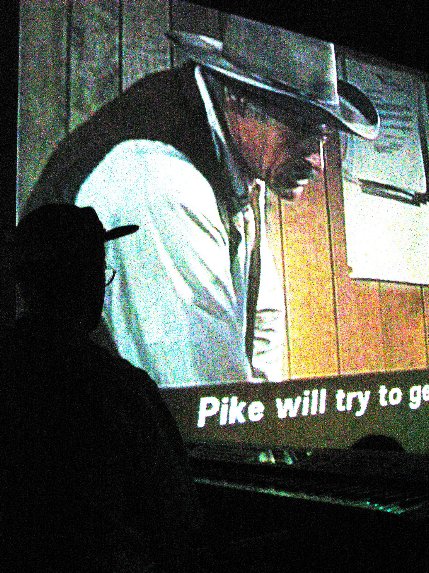 Marcus.
This side I called The Good, The Bad, and The Ugly, can you guess who is who?

So all in all a good time by all, except Team Brick of whom I took the chance to enact some vigilante style justice for crimes against music and body odour (amongst several things) 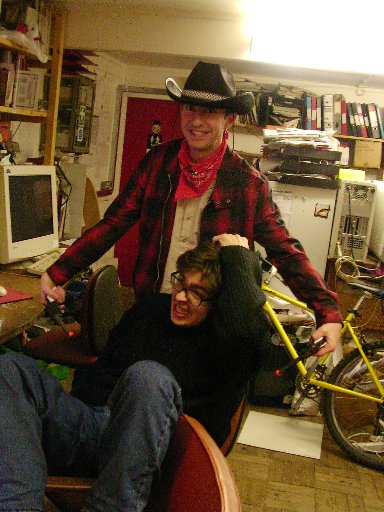 To those au fait with Hip Hop I’m literally poppin a cap in his ass.

Ciao for now and y’all come back now, 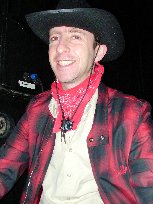 PS I forgot to add that Ale went to a huge amount of effort to ‘score’ the film himself, giving us notice of what was coming up. You can see his good work HERE.
Also we were able to add a great number of sound effects to our musical score, machine guns and pistols via Marcus’ keyboard and my Roland Kit (bout time they gave me that endorsement I reckon) and my cap guns too. Marcus was also able to add animal noises and, boy was he pleased when he did this one right on cue, laughter. Atta boy!

2 Responses to Once Upon a Time In The West Country