Now I’ve heard that resident Orchestra Hunk of Love Barry is no oil painting, it’s blatantly untrue in fact, YES HE IS, SEEE 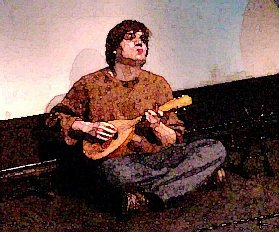 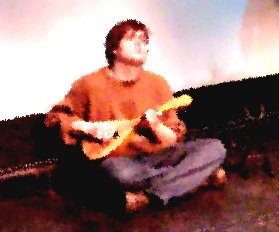 Anyway (this is 3 weeeks ago now) Peter was back

and a small but experienced group played some sweet pieces. We only had an hour and a half but I enjoyed what was created. It helped having alot of brass and woodwind there (does melodica count?) 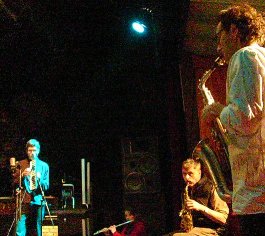 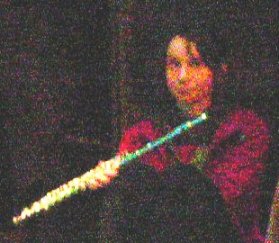 that’s the eflish and well named Shelagh Kettle there, a fairly newbie who played some good stuff (we’re blessed with a number of good Flute players). Also full of wind were Gareth, Barry, Bel, Richard, Mark and Peter himself. I was full of crap generally (no change there then) but not much thunderpants. Talking of Thunder, Richard turned up looking dashing and like one of Thunderbirds

The Maestro had achieved his aim of tying two pieces together, one a wind led ‘refrain’ which led into some mad couting system which we manged to do quicker than usual. Reminded me of chilled out 50’s bop Daddio.

Hoorah! then back to the Bell for lashings of lemonade and sandwiches. A wizard time was had by all.