Can You Kick It? 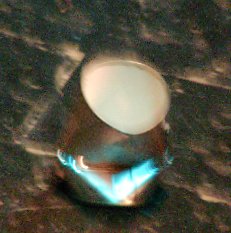 Well you could do whatever you wanted to it really, so long as it moved, for then the music would too. Yes it was a return to kick the can, one of my contributions to The Cube Orchestra (for more info see the previous can related blog .
I wasn’t gonna say too much about this rehearsal because I’m really jet lagged and have lots more good stuff to blog but then I saw the photos, 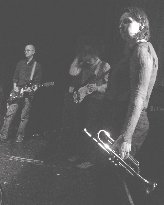 dang we’re a photogenic bunch, (and avaiable for all your modelling requirements).

Musically we were hampered by a lack of Maestro, but I was pretty mouthy so we started with kick the can, which one felt was successful and then we had one side of the stage against the other in a kind of Sharks v Jets thing, farout and groovy daddio.
We don’t see nearly enough of Stu, 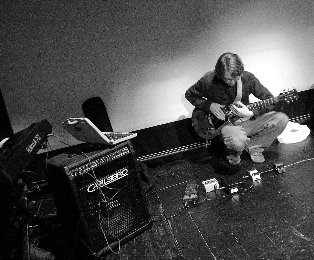 Stu’s just one of our many talented guitarists. Stu’s a different kinda player, uses a lot of slide and plays in a very percussive style. I like it.
so heres some pictures of one of the coolest looking members of the Orchestra 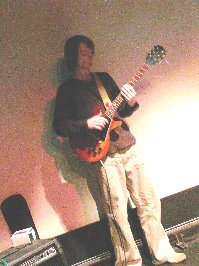 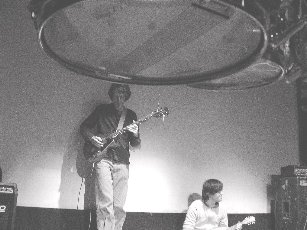 In a whole new world are Marcus and Richard who looked like some kind of Sparks esque duo, good work though chaps, hats off to yew 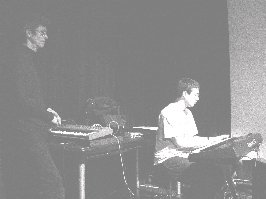 Right off for sleep, look out for more ramblings sooooon, 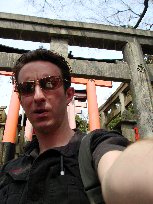 1 Response to Can You Kick It?