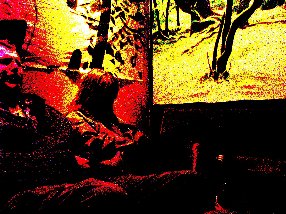 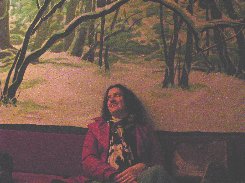 Well we may have been Maxless this Movieoke but goddamn it was a good one!

We even welcomed back some old friends and a few new ones too. To start with old friend Helen pictured above with new friend James (new to us not her) and her buddy, American ‘Surf girl’ (sorry I kept and keep forgetting your name).
These two did a great version of Fargo which if I’m clever enough you can watch via YouTube here:

Helen I’m in desperate need of some new Business cards so GET IN TOUCH. 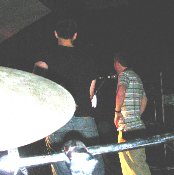 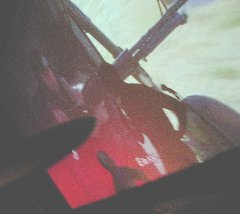 It was difficult because Tom had to Host and cue up films up himself, still these chaps we’re marvellous in Full Metal Jackets infamous scene with the Vietnamese hooker and the Marines. Unfortunately they left just as a big gang of well up for it Moviokeists turned up. It was time for a drink 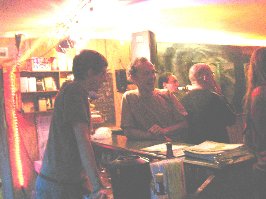 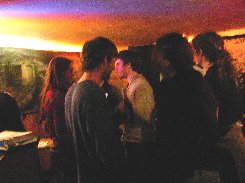 Back to the fun and oh! What fun we had! Straight of the bat this gang did The Life of Brian, the scene with the immortal lines, “He’s not the son of God..” 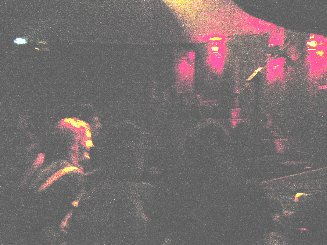 not many speaking parts so most of them gathered around ye, sorry me and acted as the crowd. Brilliant.
Other highlights were an advanced level Movieoke (ie NO SUBTITLES) of Happiness

and Tom doing Team America with a Movieokeista, 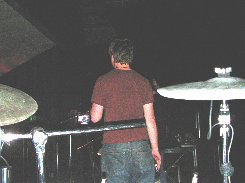 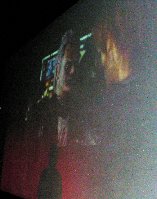 “Yes Richie!“, you cry, “but how about you and Wunderkid Colin Smith, how did you guys play?

Well friends Colin was on top form as always, ad libbing and tuning The Good, The Bad and The Ugly into a Wurzel medley with references to Bedminster and Cider free flowing from them on stages lips. Marvellous. Actually Colin lost it every time we managed to slip the word Movieoke into any song we we’re doing, but that’s understandable. I’m a funny guy. We ended by singing Great Balls of Fire. Brilliant.

Well the evening didn’t end there. No sirree. After the hob nobbing those of us volunteers left over had a brew and chin wag and well, messed about. 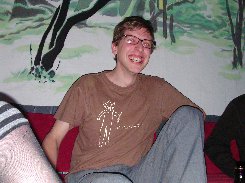 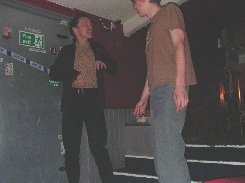 Pile on George was agreed to be the favourite thing done, but Whose line is it anyway was great also. I enjoyed pretending to be a chat show host when talking to others as well as introducing top Pop act George and Sarah

Well eventually the fun had to stop and we had to go home to bed. Great fun all round.

Thanks to Colin, Tom, Sarah, Richard, George, Polly, everybody else who helped it happen (Rikki for most of the DVD’s) and of course YOU the audience.

Till next time, Big Love, Hot and Bothered

3 Responses to Movieoke Maxed out?