Theo Berry is a bloody good egg, as we used to say at Eton. Theo works for Remix an music/arts organisation in Bristol who do loads of interesting things with kids. Some of the stuff is to do with The Colston Hall and I think this was a joint project with PICTURE THIS. The actual thing we played to is all described HERE. Anyway Theo contacted me and asked if The Cube Orchestra could do a live rescore of a film to demonstrate to some young people who would be spending a weekend with distinguished tutors (Patrick Duff, Mooz, Tom Bugs, My Ambulance is on Fire, Max Milton, Nik Young and Sean Lee) and doing the same thing on Sunday.
It was in the old Tobacco Warehouse in Cumberland Basin, you know the one by the Create Centre. The exhibition was situated round the back 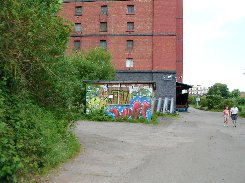 and inside was this (and more) 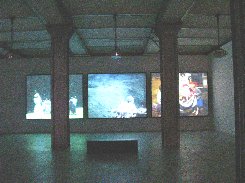 Anyway we played to this great piece which was made up of archive material from people sent out into the British Empire. All of the films were in the vaults at the excellent Empire And Commonwealth Museum. It gave us lots of exotic images to play to and was about 24 minutes of fun. 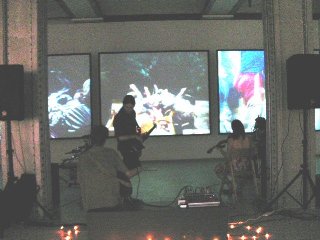 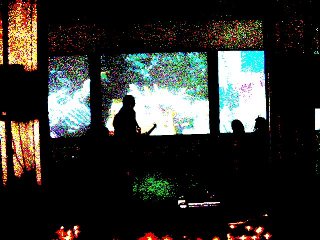 And THUS it Was Good.

Ciao. Blond and loving it,

1 Response to I Love Theo