Well, not that cubecentric – but you could view it as a kind of tribute . . .
I nearly burned my house down today! ( Though hopeful this doesn’t mean closing for a year! ). The timer had gone on my toaster and on returning to the kitchen after a phonecall there was fire and smoke, lots of smoke. I dealt with it before getting out my camera, but below should be an atmospheric shot ( quite a bit later ) of some lingering smoke . . . 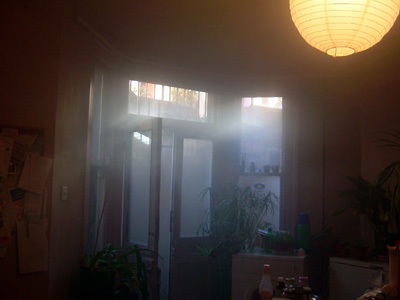 Further Kitchen nightmares include our fridge dying. Even after extensive cleaning it still didn’t smell to clever. Here it is at the fridge graveyard. It’s the taped up one ( to contain the funk ) . . . 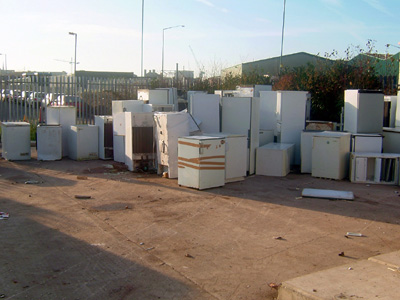 The Cube is looking for a fridge at the moment. So am I.

This entry was posted in Cube, Fire, General, Life. Bookmark the permalink.