As you may have heard through other channels, the Venn festival, after 5 years of bewildering excellence, has joined Blackout at Ashton Court in the shaded area of this diagram . . . 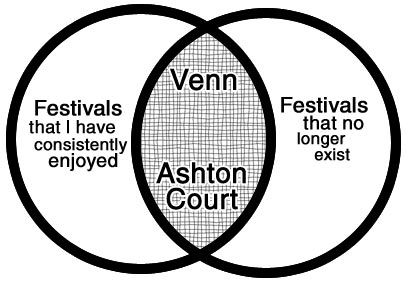 From my perspective a terrible loss – quite apart from the permission it gave for extraordinarily enriching electicism, I’m sad there will be no Venn Ten, or slinky sounding Venn SeVenn – but it is apparently an amicable parting of ways and an admirably brave decision to disperse before it ever stopped surprising . . . for the full skinny check the Venn Myspace.

On the Venn ending theme, I couldn’t resist this visual pun at the end of the visuals for the first Tag Team event in 2004 . . . 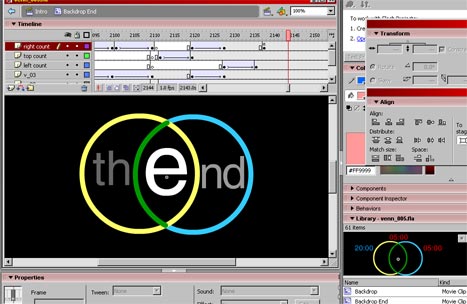 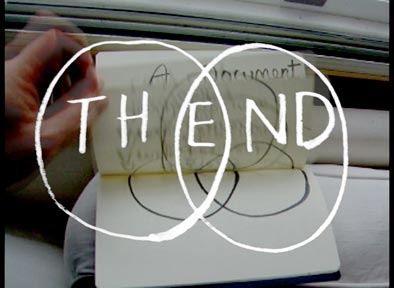 If you would like to watch the documentary, I’ve put it up on YouTube in two parts . . .

Original tag Team backdrop – just the backdrop, not the bands

And if you fancy a browse of the cubelog archives for Venn stuff, go here . . .

So, thank you Venn for V years – it’s been a blast.

This entry was posted in General, Venn festival. Bookmark the permalink.