Well I turned up late this week whereby I was greeted with the words, “Talk of the Devil”, this is getting to be a consistant occurence in my life, so thank you O Dark lord. Anyhow what I saw before me was a bunch of ‘musicians’, I use that word in the loosest possible way, scribbling away on the floor like little children 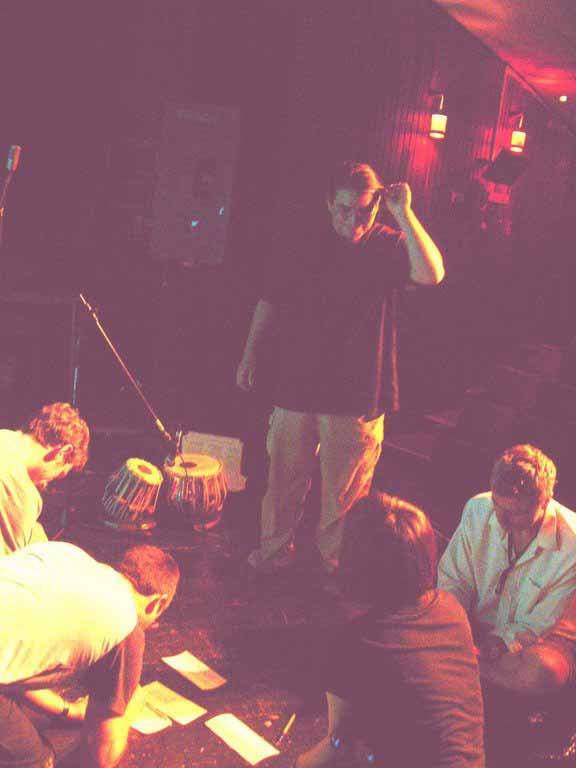 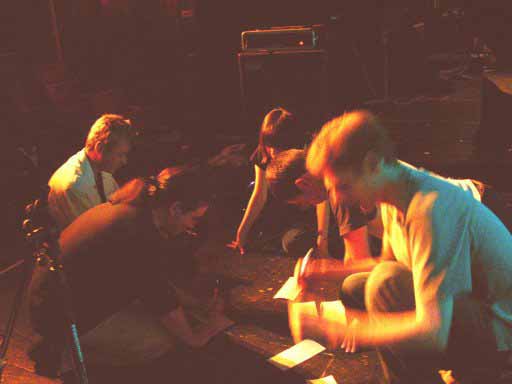 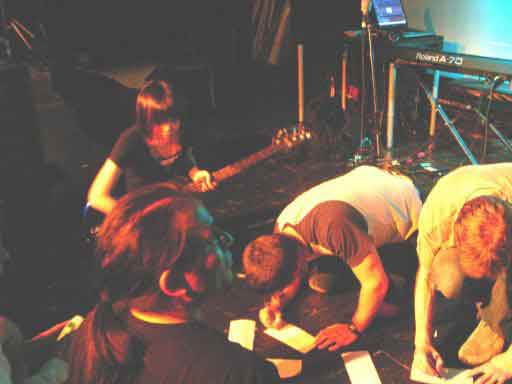 .
To my surprise it wasn’t the Orchestra members filling out their giro applications but a way of sculpting a piece of music by writing a keyword to dictate how you sould try and play. Here Marcus demonstrates: 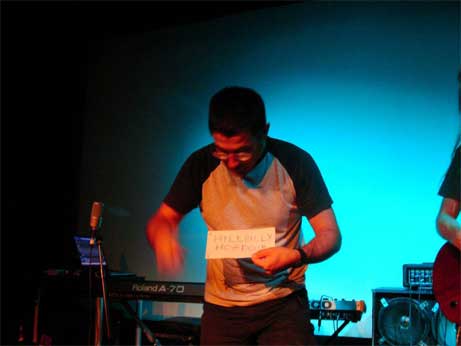 .
How we played a Hillbilly Hoedown (amongst other suggestions) with a tambourine, dabuka, tablas, sax, keyboards and two electric guitars you should hopefully be able to find out soon via our Web sites download section.
Gareth was so sickenly good on his Sax that It drove him a kind of sick green colour 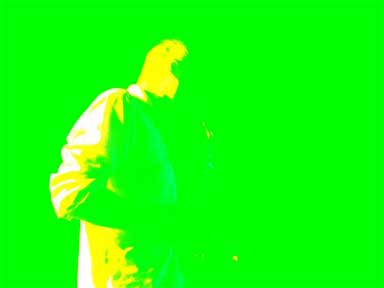 . Hugh and Stuart also rocked out on their twin geetar attack 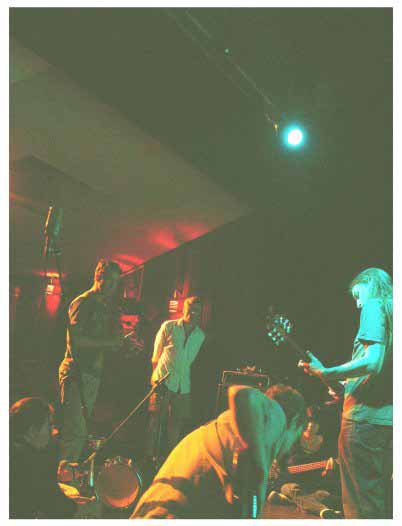 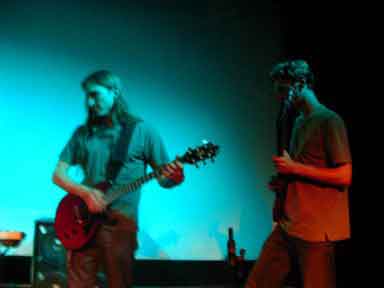 . Not sure if Tomoko has been listening to a lot of Miles Davis recently but she definately hit a Blue period 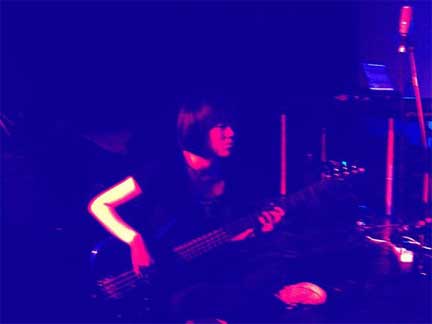 .
Have to say the Japanese can be really cool if they wanna.
Some of the music performed during this piece was quite beautiful, almost Orb like at one stage, kinda trippy and we showed how we can transend different moods and musical styles very quickly and easily, and this is the beauty of The Cube Orchestra – We’re doing something that nobody else is, and though it might not make people green with envy, it sure did something to us 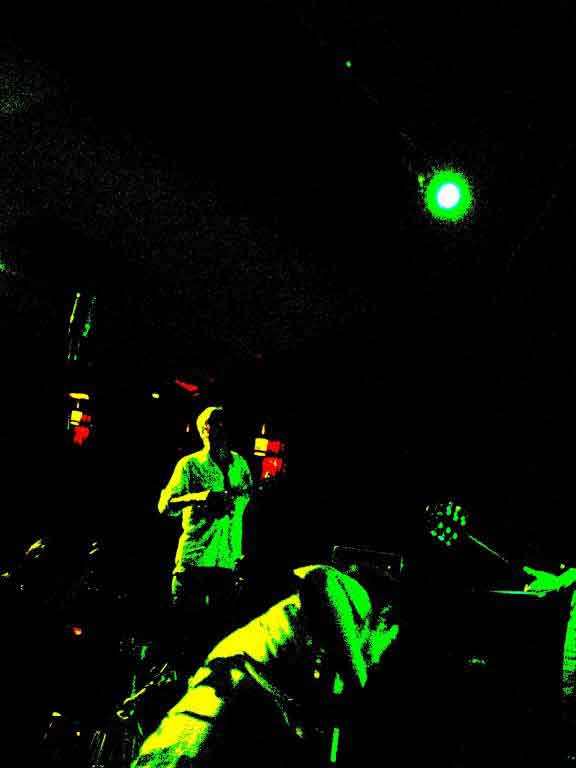 Cue pats on back all round.
I feel the urge to mark a few people on their efforts (Its a novelty for me, I don’t do any at skool), Zero marks for originality to Marcus for writing the word CHEESE, I guessed it was you straight away. 10 points to Ale

for playing the Table like a mo fo and for the improvised singing at the end, which included the line “We played like yer mother“. Hugh 8 points for the ambient keyboard playing and Mr Hopkinson -5 for sitting downstairs and messing about on the computer instead of doing groovy dj stuff.

The Orchestra is busking at College Green THIS WEDNESDAY (17th) from about 4.30-5ish for as long as we want, so come on down and watch or if you are a member of the Orchestra join in.

Ciao for now, Your biggest fan, 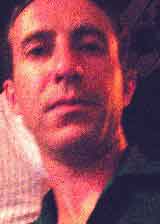 1 Response to Write on!