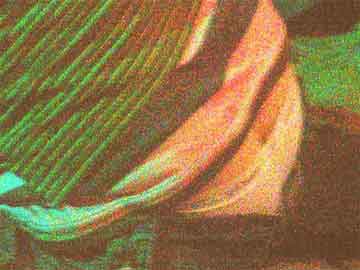 But look, here I am concentrating very hard on translating the pretty pictures drawn by the Here Gallery drawing team into music, and not on the (ahem) craic. 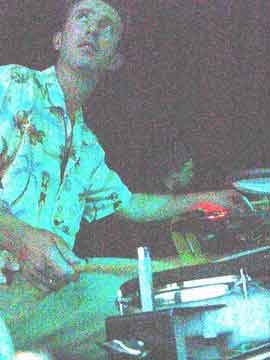 I thought this worked pretty well. The Orchestra is always gonna have a massive disparity of opinion on what works, what sounds good, bad etc But personally I thought considering we were stuck between a rock and a hard place, do we interpret the pictures as individual musicians or try and make a cohesive piece together?, that what we did come up with was actually pretty darn good at times. 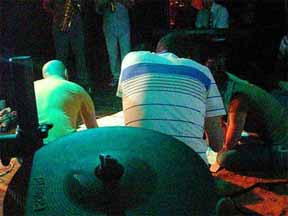 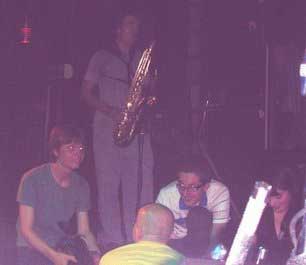 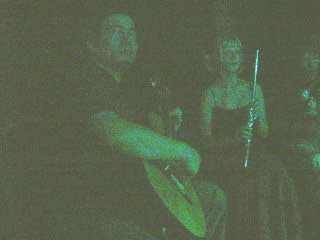 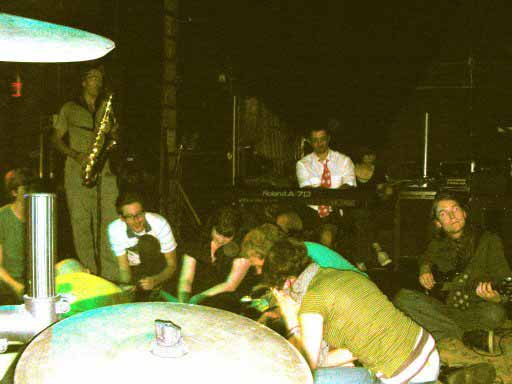 I was possibly in the best place as I was nearer the middle. in hindsight it ay have been better to have the drawing team right at the front with us behind and around them. Personally I’m not in favour of the Orchestra soundchecking and all that nonsense, if people want to suggest a way for the music to go then they need to stand up and take charge at that moment. We’re all reasonable people who all shut up when Peter asks us to after all……………..

Anyway it’s about the smiley faces 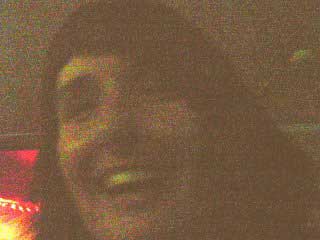 and YOU the audience. It really was a great turn out at The Cube, Audience 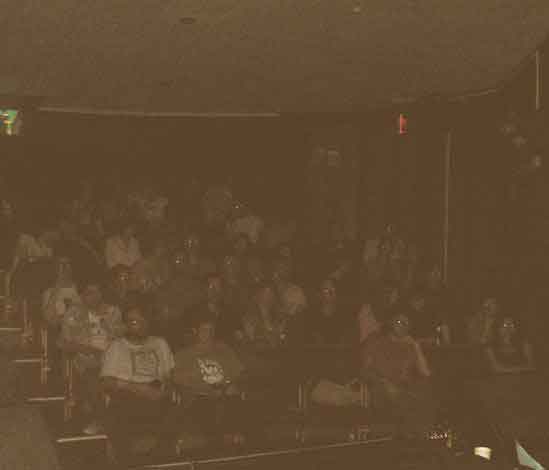