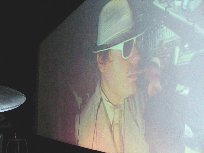 D’yall like the pun? Inspired by The World Cup I guess, and my own pretensions, I’m now punning in German. WOW.

First some behind the scenes shots of the putting the parts of Movieoke togetherness (or the general panicing and frantic last minute phone calls). 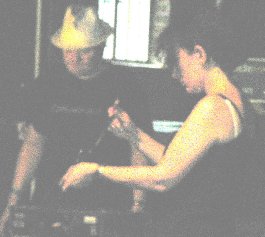 Anyhow Movieoke 9 bought us new exciting developments and mayhem. First of all Colin Smith was unable to play keyboards so into his huge shoes stepped Marcus Valentine from the Cube Orchestra 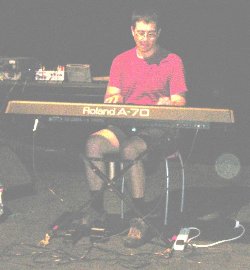 Considering Marcus’ meagre talent, the lad did well. He also regalled the crowd with his jumping around on stage and general lunatic dancing, At one stage he even lept into my drum kit, for which I’d usually rompa i suoi piedini but the show must go on. I forget what film Marcus did but I do remember being pretty pleased with my own perfromance backing him up. Tom also showed hither unknown keyboards skills. I’m also pleased Marucus’ kids didn’t have to witness his embarrassing dad behaviour.
And yes Tom did host in his usual languid and skilful manner 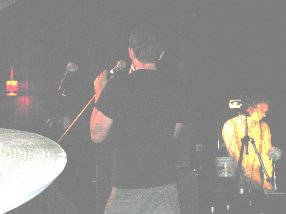 Tom will be off somewhere soon so who will step into his shoes I do not know?
The night started slow but gradually filled up. At first only Daniel behind the bars friends Simon and Ana turned up. 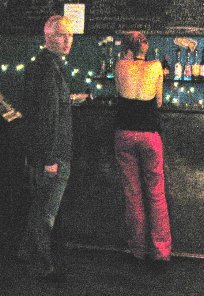 I think they’d have been up for it even if they’d been on their own, Simon’s an Actor and Ana is a singer, as you’ll see in a moment. Anyway more turned up later and the Movieoke magic began………………………………………….

Listen out for the audiences enjoyment of the sponateous use of the word Bitch there.

Dave wasn’t too impressed when Max told him that scene was boring, so he regaled us with this performance:

There was of course plenty of other great performances but in a lull Austrian Ana got up and joined me and Marcus in a Movieoke song:

Well the night had to end for the punters, but so often the night just begins for us Cubesters.
I won’t go into too much detail but Chair dancing with Polly and a very drunk Mr Hopkinson (who introduced himself with the phrase, hello I’m very drunk) was very popular: 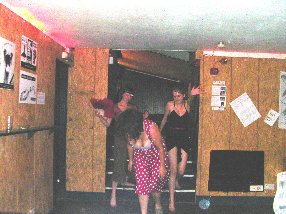 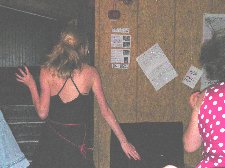 . Oh what a fine time we all had. I even had the chance to see Zulieka do some magic (I was very tired and drunk by now as you may be able to tell by my slurred words on this next clip).

A great time was had by all, I hope to see you at the next one, 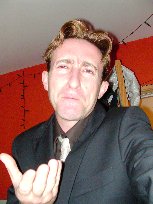 PS Marcus is hugely talented in case you thought I was serious about his talent actually being meagre (he also has very powerful lawyers).